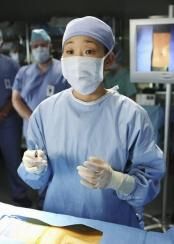 A solo surgery is the first surgery a second-year resident gets to do on their own. The first one is usually awarded to the best resident and chosen by the surgical attendings.

Retrieved from "https://greysanatomy.fandom.com/wiki/Solo_Surgery?oldid=157028"
Community content is available under CC-BY-SA unless otherwise noted.