George talks to his patient.

Tell Me Sweet Little Lies is the fourteenth episode of the second season and the 23rd overall episode of Grey's Anatomy.

George is stuck with an elderly lady who refuses to leave, or even refer to him as Dr. O'Malley. While Alex has to wrestle with a Japanese competitive eater to stay in the hospital, all the while being too nervous to open his board results. Cristina is blunt to a guitarist whose fingers need replantation, while lying to Burke about moving in, as Meredith has a euphoric patient she thinks is lying. Bailey's pregnancy is now far enough to cause more problems than fun for her.

Derek was seen operating on a patient.

Derek drew Meredith's blood for a family history so her mother could get into a clinical trial.

Rick, 29, had 3 fingers on one hand amputated. Derek determined that he could attempt to re-attach the fingers, but Rick would have to quit smoking. He agreed and his fingers were re-attached successfully.

Sophie, 78, had had hip replacement surgery a month prior, but was still in the hospital because she didn't want to go to her residential facility, Sugar Maple Nursing Home. Because of this, George sent her to OB to be checked for a prolapsed uterus, which was impossible as she'd had a hysterectomy in 1974. They then said they suspected West Nile Virus and had her checked out by an infectious disease doctor. When that was determined not to be true, she admitted that she just didn't want to go to the nursing home.

Yumi, 22, had persistent hiccups. She was given chlorpromazine, which stopped them for a while, but they came back, so she needed a surgical consult. She went into an esophogram, which revealed a tear in her esophagus. Her coach took her out of the hospital and allowed her to participate in a competitive eating competition, which worsened the tear in her esophagus. They rushed her into surgery to repair the tear.

Addison determined that Bailey was having Braxton-Hicks contractions and advised her to slow down. When she showed signs of pre-term labor, she was sent home for bed rest.

Naomi, 43, had had a tricuspid porcine valve replacement three years prior. Her heart valve was showing signs of failure, ahead of schedule. She was also very, very happy, so Meredith suspected drug use. They ran a drug scene, which revealed no drug use, but a spike in her serotonin. They linked that and her adult-onset asthma with her valve failure to discover a carcinoid tumor in her lung. They took her into surgery to remove the tumor and she was expected to make a full recovery. 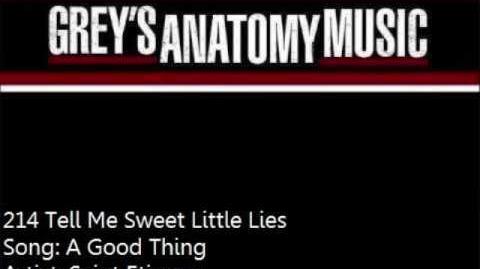 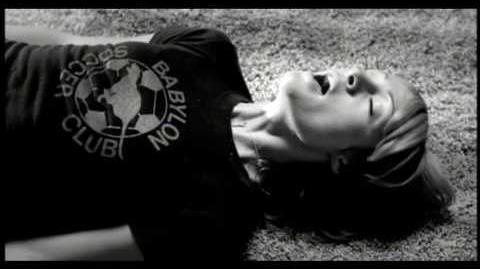 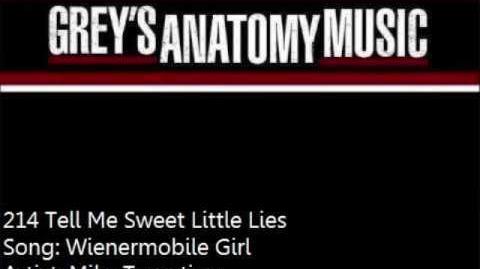 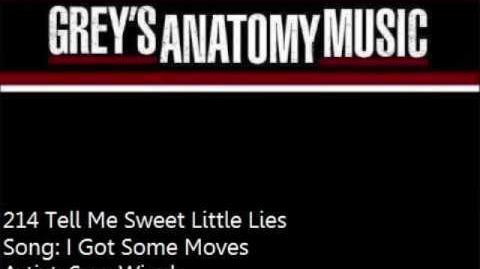 "I Got Some Moves" - Sam Winch 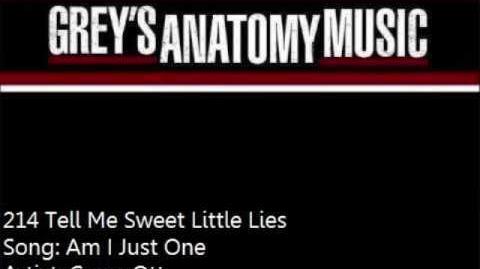 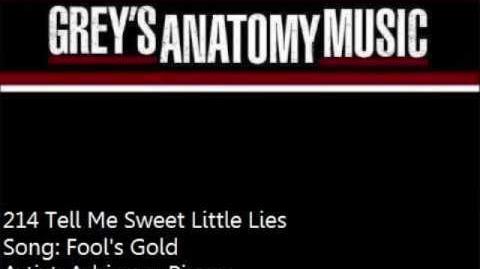 Miranda: I may be forty-seven months pregnant. I may be on bed rest. I may not be able to see my own feet. But I am Dr. Bailey. I hear everything. I know everything. I’m watching each and every one of you. And I will return.

George: You don't get to choose.
Meredith: Huh?
George: I know you've been going through a bad time, I know you miss Shepherd, and I know that your life, admittedly, has been pretty unpleasant these days. You get points for breathing in and out, you get to be a little selfish, but you don't get to choose a dog over me. I'm George. I sleep down the hall from you. I buy your tampons. I have held your hand every time you've asked. I've earned the right to be seen, to be respected, to not have you think of me as less than a dog you got from the pound. So... I'm not moving out. Whether you like it or not, I'm staying.

Retrieved from "https://greysanatomy.fandom.com/wiki/Tell_Me_Sweet_Little_Lies?oldid=297693"
Community content is available under CC-BY-SA unless otherwise noted.