Dean, Ben, Vic, and Travis are trapped inside Pac-North with a bomb

Louder Than a Bomb

The Terrorism at Pac-North is a terrorist attack carried out at Pacific Northwest General Hospital by an extremist group.

Station 19 was called out to Pac-North due to an explosion. They'd shut off the utilities due a suspected gas leak, which they believed had caused the explosion. However, shortly after their arrival, there was a second explosion.

Inside, Ben and Travis found Duncan trapped in an MRI. They worked to get him freed manually because the machine was jammed.

Vic and Jack went into a research lab where Dr. Miriam Alba and her research team were refusing to evacuate without her research. After they failed to convince her to leave, Vic and Jack decided to help them save the research, which included a group of living mice.

They started to evacuate, including Dr. Alba's assistants, but then another explosion blocked the hallway outside the lab with four firefighters and Dr. Alba still inside. Dr. Alba was injured and trapped by the explosion. She asked for a phone so she could call her partner to relay information regarding their research, believing she was going to die. They were able to get her free, but she was still seriously injured. While they looked around for options, Dean found a bomb among the research equipment. He had trained with the bomb squad for a while, giving him some insight into the device. Dr. Alba said she'd been targeted by anti-choice extremists in the past for her use of embryonic stem cells in her research.

Dean checked out the bomb and, with help from the others, figured out they had about 11 minutes until it detonated, as bombs had been going off every 30 minutes since the first one. Dr. Alba pleaded with them to work on preserving her research as she knew she was going to die either way. She suggested using the autoclave to dampen the explosion as it's airtight. They couldn't move the autoclave, so they had to move the bomb to make that plan work. Since Dean had a daughter, Jack decided to move the bomb himself. The others got as far away as they could while he worked. He carefully placed the bomb with less than a minute to spare, shut the door, and then hid with the others. The autoclave worked in dampening the explosion.

Outside, Lane Bishop arrived to watch Maya at work. He criticized what she was doing as he watched, until she finally told him it was crime to interfere with emergency personnel. She turned to go back to work, but he went under the tape line and grabbed her by her hair. He was quickly restrained and forced back under the tape while Maya assured the others she was okay to go right back to work.

Soon after the final explosion, the search and rescue team was able to get access to the room and they were evacuated, carrying the research out with them. The bomb squad entered and did a sweep of the building, looking for any additional explosives. As they walked out, the team was delighted to watch as Michael Dixon was arrested and taken away in a cop car. 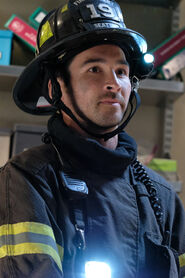 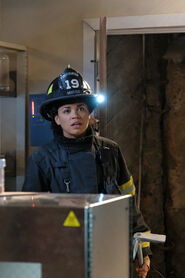 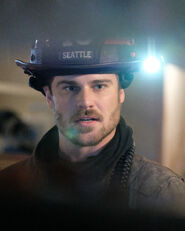 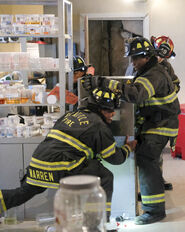 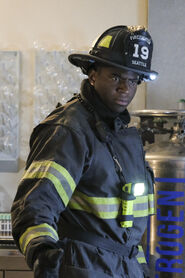 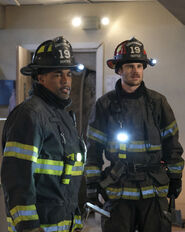 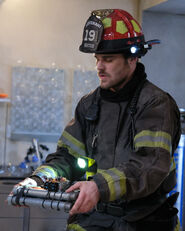