Meredith, Maggie, April, and Amelia go to the scene of the collapse

The Tunnel Collapse is a multi-car accident caused by a tunnel collapsing.

One morning, a tunnel collapsed on 99 during rush hour, trapping nearly 20 cars.

Scott Henry was extracted from one of the cars. He had penetrating trauma to his abdomen. Because he was bleeding so quickly, they replaced his blood with cold saline to cool him down and put him in suspended animation while they worked. It was successful and after they finished repairing the damage, they were able to bring him back out of it.

Joan Paulson, who was 40 weeks pregnant and in labor, came in with neck pain and a broken arm. Andrew DeLuca rode in with her on the ambulance after treating her at the scene. They had her in a collar, but while she was waiting to be treated, she overheard the interns talking about her fiancé, Keith Gardner, saying they hadn't been able to extract him and he was going to die. She started to panic and Mitchell Spencer loosened her collar, further injuring her neck. Stephanie immediately jumped in and stabilized her neck, but Joan said she couldn't feel anything, even her contractions. Arizona came in and said they needed to go deliver the baby immediately. Callie held her neck stable as they slowly moved her to an elevator to take her to an OR. While they were in the elevator, she started to regain some feeling in her body, but they warned her not to move even though it hurt. She started crowning, so Arizona was forced to deliver the baby in the elevator.

Meanwhile, Meredith, April, Maggie, and Amelia had been sent into the field to try to extract Keith from the car. They discussed options to extract him, but couldn't find anything they could do without opening up the car, which would kill him almost instantly. April sent the others back to the hospital and said she'd do what she could for him. However, she decided she couldn't condemn him to die and brought the entire crushed car to the hospital, which she hoped would buy them enough time to save his life. ("Time Stops")

After the baby was delivered, they sent him to the NICU to be monitored and took Joan to the OR where Arizona treated her uterine atony and Callie and Amelia worked on her neck. They were able to fix her neck and after surgery, she was stable, awake, and not paralyzed. However, she later had trouble breathing. Stephanie diagnosed a carotid pseudoaneurysm and she had to relieve the pressure. Joan was taken back into surgery. Afterward, she was stable, awake, and expected to make a full recovery.

Meanwhile, Keith was still trapped in the car. They removed the top of the car and started to work on him. When they tried to extract him, it made the damage worse, so they decided to start operating out in the ambulance bay and then rush him inside to finish. After surgery, he was stable and awake and he and Joan were reunited. ("You're My Home") 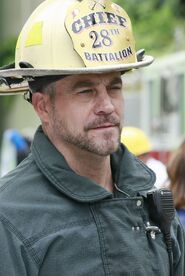 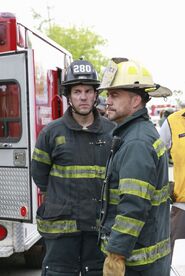