All Eyez on Me

When It Hurts So Bad

He was working on Brian Carson, who had been diagnosed with osteosarcoma in his pelvis, spine, and sacrum. He was upset when Joel Miller called in a team of doctors from Grey Sloan Memorial Hospital to operate, preferring to use the standard chemo and radiation to treat him. He was upset when Callie left the OR in the middle of surgery and didn't come back right away because she was trying to figure out how to cover a sizable gap in bone. Despite this complication, the surgery was completed successfully. ("All Eyez on Me")

When he and Meredith worked together on Brian Carson, he flirted with her and asked to follow up with her. She initially didn't realize he was flirting, but once she figured it out, she went back and gave him her personal number. ("All Eyez on Me")

He then called her several times, but she didn't answer the phone. Still wanting to pursue her, Will came to the hospital and asked Meredith on a date in person. ("Odd Man Out")

Meredith agreed to go get drinks, but panicked and cancelled. However, he showed up at the hospital after she got out of surgery and offered to take her home. They got food and ate in the car, talking. ("I Am Not Waiting Anymore")

On their third date, Will and Meredith had sex. However, the morning after, Meredith yelled at Will, asking him to leave immediately. He later came to the house and she told him about Derek and said she thought she was ready, but she wasn't. He said he'd back off for a while and wait, but he'd call and then come back. He believed she was worth waiting for. ("When It Hurts So Bad")

He is a surgical oncologist at Bauer Army Medical Center. 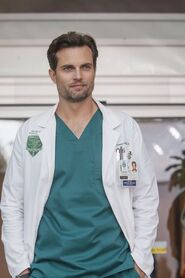 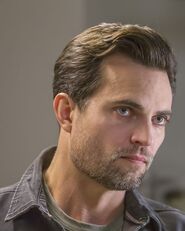 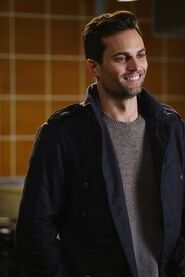 Retrieved from "https://greysanatomy.fandom.com/wiki/William_Thorpe?oldid=270648"
Community content is available under CC-BY-SA unless otherwise noted.