When a group of patients from the Namboze Clinic in Malawi came to Seattle Grace Mercy West Hospital to be treated, Derek was assigned to treat Zola Limbani, a six month old orphan with spina bifida. While treating her, he fell in love with her and went to Meredith, asking her to adopt Zola.

Meredith agreed and they immediately filed a petition to adopt. While filling out the paperwork, they came the part which asked about their marital status and, wanting to ease the process, went to city hall to legalize their marriage. After doing so, they skipped Callie and Arizona's reception to spend time with Zola at the hospital. ("White Wedding")

They continued to spend time with Zola and bond with her while she was hospitalized, worrying over her when she had to have an additional surgery. They also met with their new social worker, Janet Meyers, who interviewed them about their lives and their plan to adopt. ("I Will Survive")

Shortly after the interviews, Janet visited The Dream House, which was still a work in progress. At the end of the day, Janet told Meredith they'd been granted temporary custody of Zola and could take her home, not knowing Meredith and Derek had had a fight and were split up, leaving Meredith to take Zola home alone. ("Unaccompanied Minor")

Derek and Meredith split the time with Zola while they lived apart, with Cristina helping Meredith when Zola was with her. When Meredith visited Zola in daycare, a daycare worker asked if she was picking her up, noting that it said Derek was picking her up, raising a red flag with Janet. Janet called a meeting with the two of them, but Meredith got scared that she'd take Zola away and hid with Zola. ("Free Falling")

They covered up Meredith taking the baby as her being scared something was wrong and taking her to Alex to get examined. Despite this, Janet had concerns and said she needed to re-evaluate the placement and Zola couldn't be in their home while she did that. She gave them a minute to say goodbye before taking Zola. ("She's Gone")

No progress had been made when Zola was brought to the hospital. Her shunt had malfunctioned and her foster parents didn't know it, which resulted in Zola having a seizure. Despite being told they couldn't tell Derek and Meredith Zola was in the hospital, Alex told them. They rushed to be with her, but Arizona talked them out of it, saying they didn't want to jeopardize the adoption and she could handle it. After her surgery, Cristina offered to spend the night and stay with her since they couldn't. While they were leaving the hospital, Janet saw them upset and realized they'd been told about Zola being in the hospital. ("Love, Loss and Legacy")

Upset at the lack of progress, Alex took matters into his own hands and went down to the courthouse to find out what he could about the adoption. He found the name of the judge and learned that he was being treated for cancer and where. He went directly to Judge Brentner and gave him Zola's file, asking him to review it. Brentner told him attempting to influence a judge was a federal offense, but at the end of the day, Derek and Meredith were informed that he'd reviewed her file and they had a court date. ("Put Me In, Coach")

Meredith later got a call from Janet saying their court date had been cancelled, which meant one of two things. The first was that they loved them and were giving Zola to them and the other was that they weren't going to get her. Janet hadn't gotten the call that they were getting her, so she advised them to start thinking about moving on. ("Dark Was the Night")

However, the next day, Janet came to their house with Zola and informed them they'd been granted full custody. ("Suddenly") 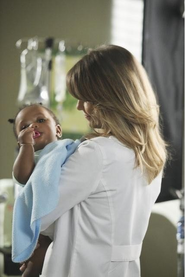 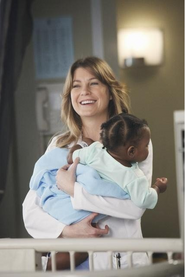 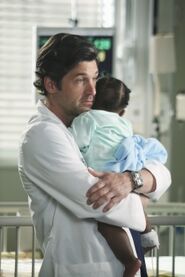 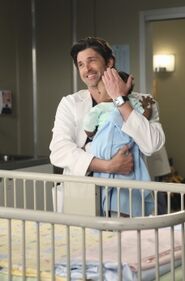 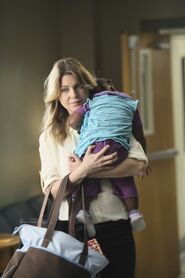 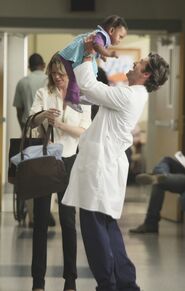 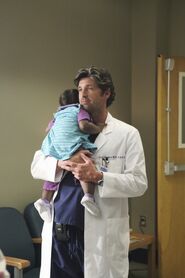 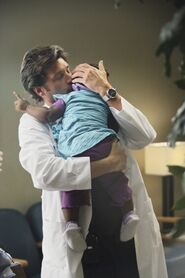 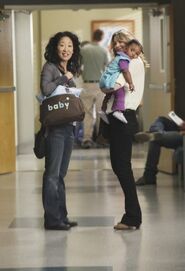 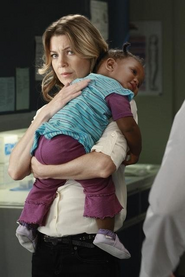 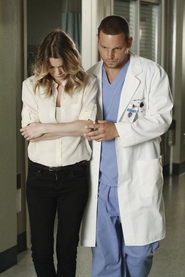 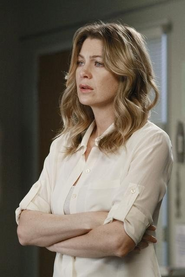 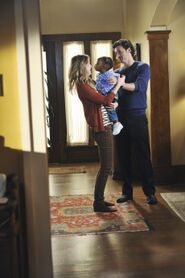 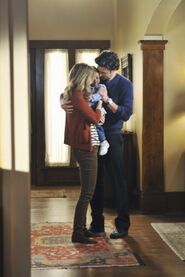 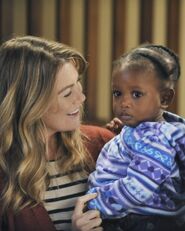